Waterlox Turns a Wisconsin Bungalow Into a Home

When Britt and her boyfriend Brian purchased a beautiful 1929 bungalow in Madison, Wisconsin a few years ago, they discovered a treasure. Not literally a treasure in monetary terms but they found that the home’s attic was ideal for converting into a perfectly spaced upstairs master bedroom. 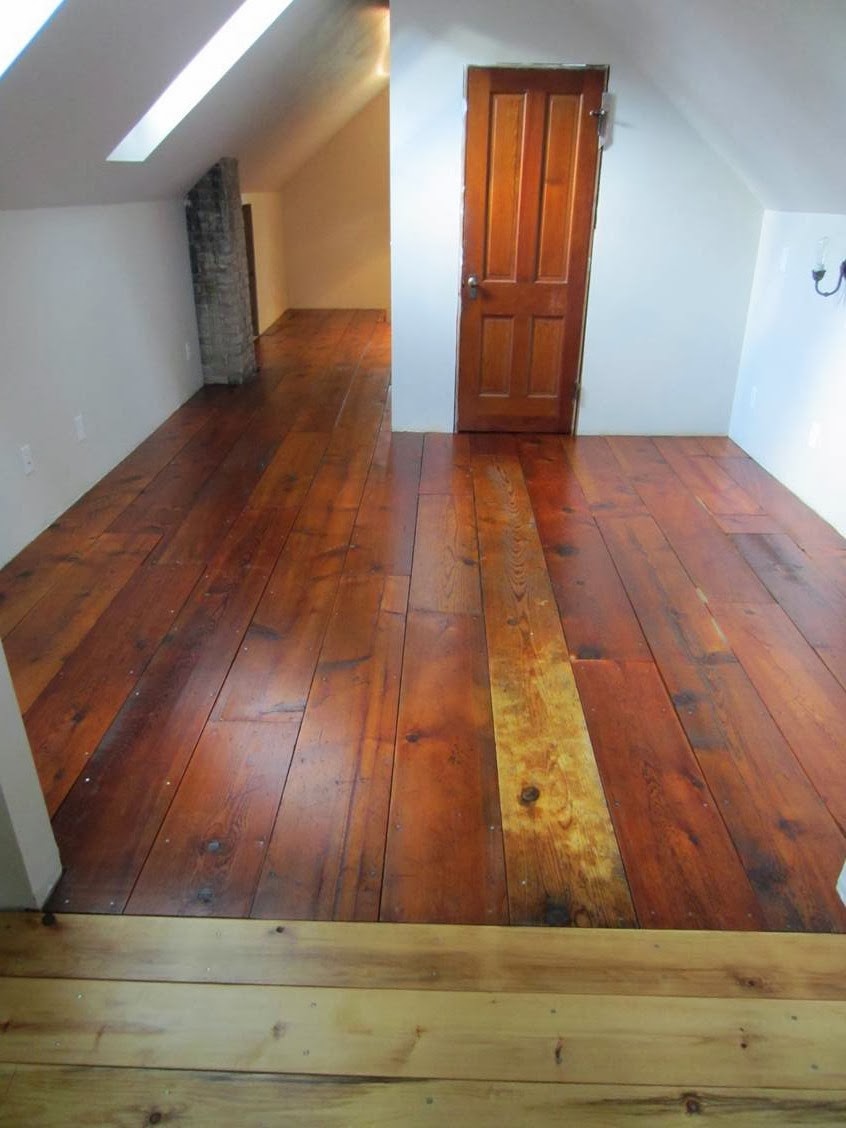 This space was excellent but it had old pine boards that needed quite a bit of work, as well as other areas of the room that needed work, as well. So the “treasure” needed a “key” to open its beauty and durability – and that came in the form of Waterlox.


Brian said he focused on developing the room overall while pulling out the pine boards to sand them in the basement and work on them outdoors the following summer. 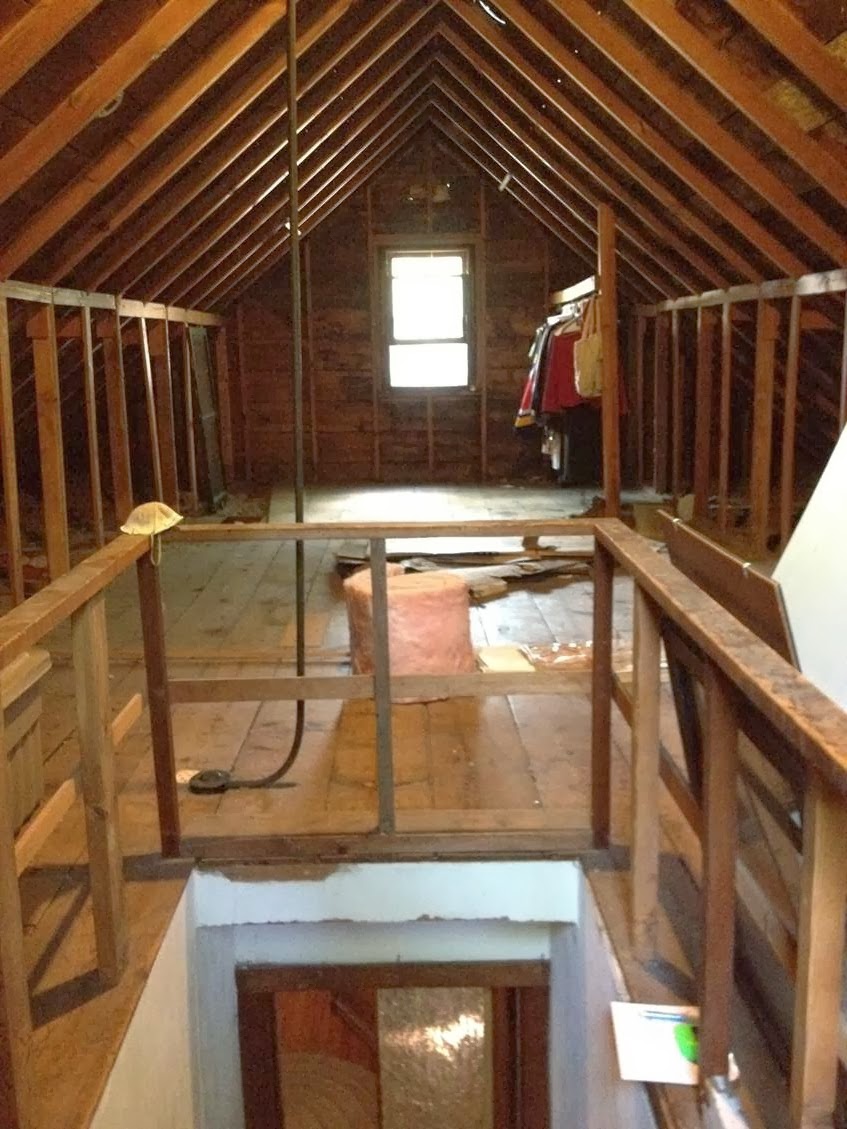 “We had to have a lot of structural work done so we carefully pried up each board, pulled nails, and stored in the basement and in the spring we sanded down, stored again and then when we were ready, we nailed it down, picked a starting point so we knew how much wood we would have left,” Brian said.


But to protect the wood, Brian had a lot of research to do online to find the right product.


“I have friend who has a cabin who used a polyurethane and he talked about how it cracks and yellows but I found Waterlox mentioned quite a lot in forums and everyone kept saying the same thing about them … ‘once you become a user you become an advocate’ and it’s totally true,” he added.


“The product offers an amazing contrast and we could not be happier. It went on really easy – I’ve never finished a floor in my life so I was a little intimidated and maybe a little skeptical but we used it and everything came out beautiful.


“I’m not sure what the species of the pine was but Waterlox really brought out a red hue and it was really nice and I couldn’t have asked for anything better. It brought out the red and a real natural look in the grains and the knots. I’ve already had responses on my Facebook page and a friend is building a house and she’s going to use Waterlox just based on how well it performed for us.”
Posted by Waterlox Corp at 2:44:00 PM

Recapturing That "Victorian Feel" Thanks to Waterlox

Wendy lives in an 1800’s Victorian home that has a great deal of beautiful wood throughout the house. During a recently remodel of the home’s floors, she ran into a few issues that were important to her family.
Wendy and her husband have three children and a dog – so safety was of the utmost importance – but so was quality as they really wanted the beauty of the wood to come out once they sanded and finished the wood floors.
The best product for the job was Waterlox Original Tung Oil finishes, Wendy said, because it brings out wood’s natural beauty while providing long-lasting protection.
“I researched Waterlox and it seemed to be the best product for us,” she said. “It was amazing. It brought out the highlights in the wood, absolutely beautiful. I would recommend this product, and already have to many friends.”
To see Wendy’s pictures, click here.
Posted by Waterlox Corp at 1:32:00 PM

Flooring Feature: "Waterlox Will Be My Highest Recommendation!"

The Lineberry Cart: A Piece of Americana is Finished by Waterlox

A true piece of Americana, the Lineberry factory cart is considered an authentic antique in most circles. The carts, originally manufactured by the Lineberry Foundry and Machine Company in the early 1900’s in North Carolina, were widely used in factories. 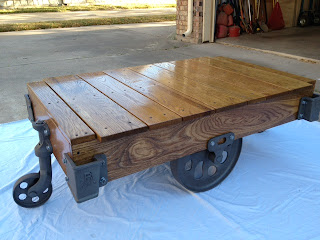 Often called railroad carts, Lineberry carts were originally used in railroad depots for transporting trunks, and were later used in furniture factories for moving large pieces from one specialist artisan to the next. Waterlox customer Steve K. decided to rebuild and restore a Lineberry factory cart, using Waterlox to complete the finishing. To read the entire story, click here! 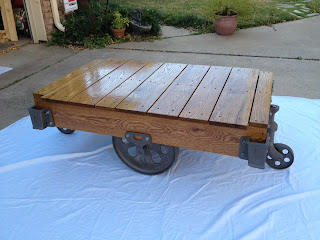 According the Steve, the finished product is incredible - as you can see from the photos! 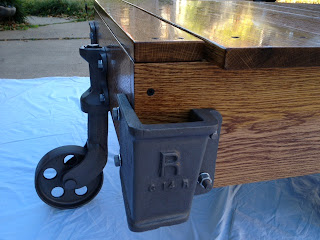 “Most of what I did was all original,” he said. “The wood is all new white oak finished with 5 coats of Waterlox Original Sealer/Finish.” The cart was rebuilt and finished in central Texas where Steve enjoys working with Waterlox as part of his woodworking projects!
Posted by Waterlox Corp at 9:55:00 AM

There are many applications for the use of Waterlox finishes, from wood floors and countertops to furniture and bathroom and kitchen built-in areas like cabinets and shelves to bowls, boats and more. But some applications seem to bring more music to our ears than others, literally.
Dean G. is an experienced musician and guitar maker who has been creating guitars by hand for years. He recently experienced the effect Waterlox can have on a guitar when he used the product to finish a few instruments recently.
"I am proud to say I was able to use a sprayer to apply your Waterlox finish on one of my guitar necks and this finish is superb in all aspects," he said. "Waterlox Original Sealer/Finish layers so nicely and it flattens and levels even better. I will continue using your product as a part of my finishing mix on my necks ... Waterlox is amazing, Thank you!"
For the use of his guitar necks, Dean finished them with Waterlox Original Sealer/Finish and was nice enough to provide us with some beautiful sample images, click here to view!
Posted by Waterlox Corp at 9:50:00 AM

When one of our most dedicated customers found a 375-year-old piece of semi-rotten wood that was likely going to be thrown out, Master Craftsman Eric looked at it as a challenge.
"It was rotten, full of sponge-like wood sections and it had cracks, and holes all over," he said. "I think most people would've discarded the wood immediately. But through the use of a thinned epoxy almost fully penetrated through the thickness of the plank we stabilized the material and filled the holes.
"Then, using Waterlox, we were able to give it a furniture grade appearance, avoiding the 'plastic' look associated with epoxies. It's truly a testament to Waterlox and how it brings out the natural beauty of wood."
If you live in New Jersey and would like to contact this Master Craftsman, email Kellie Hawkins and she will connect you with Eric!
Posted by Waterlox Corp at 1:16:00 PM